From Suffering to Happiness: Buddhism and its Transformations in the West 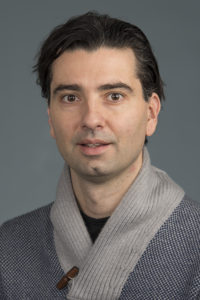 In his The World as Will and Representation the German philosopher Arthur Schopenhauer discusses the Buddhist world view of life as suffering, enshrined in the Buddha’s First Noble Truth, as a precedent to his own negative views of human nature, in particular, and existence, in general. Schopenhauer’s emphasis on the Buddhist notion of suffering,  was emblematic of early Western interpretations of Buddhism that presented the tradition as a pessimistic religion. This negative assessment of Buddhism has largely changed in contemporary Western presentations of the tradition.

Parallel to the attempts by Western scholars to offer a more sophisticated and complex understanding of the Buddhist worldview, there have been very successful efforts over the last two decades by some important Buddhist figures to present Buddhism not as a religion rooted in suffering, but as one focused on the achievement of happiness. The Dalai Lama’s 1998 book,The Art of Happiness, played an important early role in changing negative perceptions of the Buddhist tradition and its emphasis on “suffering.” More recent books, such as Thich Nhat Hanh’s Happiness: Essential Mindfulness Practices, published in 2009, have made this idea all the more prevalent by introducing it as one of the core principles behind the successful Mindfulness movement.

This talk will explore this evolution (from suffering to happiness) and the consequences that this has had on our understanding of the Buddhist tradition. Has Buddhism changed? Or is the West reinterpreting the Buddhist tradition to suit a different existential outlook on human nature? What are the roles of certain Buddhist figures in this transformation (including some Western teachers)? Are figures like the Dalai Lama and Thich Nhat Hanh simply applying the old Buddhist practice of Skillful Means (Skt. upāya) in their explanation of Buddhism to a Western audience, or are they dramatically changing the nature of the Buddhist doctrine as its introduction to the West is evolving? His talk will try to answer those questions while exploring the historical and social context that has made this transformation possible.

Manuel Lopez-Zafra is a scholar of Buddhism with a particular regional focus on Tibet and the Himalayas (Tibet, Nepal, Bhutan). IHe is currently an Assistant Professor in the Philosophy and Religious Studies Department at the University of Wisconsin-Eau Claire, where he teaches courses on Buddhism, Tibetan Buddhism, Buddhist Contemplative Systems, Asian Religions, Asian Religions and Politics, as well as a survey of World Religions.  He is also interested in the intersection of religion and popular culture.
He is currently working on a book project under the title A Light in the Darkness: Meditation and the Construction of Tibetan Buddhism that explores the diversity of Buddhist contemplative practices popular across Asia around the turn of the first millennia (10th century) through the life and works of the Tibetan scholar Nupchen Sangyé Yeshé.