The Land in Gorkhaland: Rethinking Belonging in Darjeeling, India 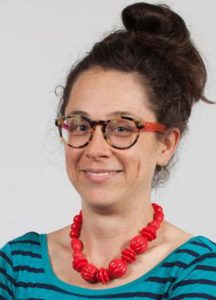 The mountains of former British colonies are dotted with hill stations: settlements ranging from laboratory campuses in the East African highlands to moderately sized Indian cities like Shimla, Mussoorie, and the topic of this paper, Darjeeling.  Hill stations were built on, or perhaps more accurately carved out of, the vertical edges of empire.  The majority of Darjeeling’s residents are Indian Nepalis, or Gorkhas, whose ancestors were recruited from Nepal to clear-cut forests and build the hill station’s infrastructure. Though British capital has long dried up, Gorkhas today find themselves working to maintain the town’s distinct colonial socio-environmental form.  Most people’s livelihoods still depend on the same industries that once propelled colonial extraction, or the three T’s: tourism, timber, and tea.  But belonging in this erstwhile colonial refuge is complicated.

In Darjeeling, questions about the rights of Gorkhas to this former hill station are bound up with questions about the ecological effects of tea plantation monoculture, the sustainability of forests, and the appropriateness of a sprawling city in the Himalayas.

Since the mid-1980s, regional political parties in Darjeeling have been agitating for the creation of an Indian state of Gorkhaland, which would comprise the region’s Nepali majority.  General strikes and cultural performances are common expressions of belonging in Indian subnationalism.  These activities reinforce the notion that such movements are struggles for land by a particular group of people.  Scholarship on subnationalism has illustrated the multiple meanings and feelings of ethnic, “tribal”, and often indigenous belonging.  In Darjeeling, scholars have focused on the Gorkha-ness of Gorkhaland.  Land itself has figured less prominently in these analyses.  Besky argues that for many Gorkhas, the salient political struggle was as much with land as it was for land.  This paper, then, brings attention to the land in Gorkhaland as a means of differently understanding the material and environmental bases of subnational demands and sovereignty.

Sarah Besky is Assistant Professor of Anthropology and International and Public Affairs at Brown University. Her research in the Indian Himalayas and Kolkata sits at the intersection of studies of economics, the environment, labor, and development. In Darjeeling, in Northeast India, she explored the inclusion of plantations in the fair trade system, which is described inThe Darjeeling Distinction: Labor and Justice on Fair-Trade Tea Plantations in India(University of California Press, 2014). In Kolkata, she is examining the financialization of the Indian tea industry and the slow movement of tea onto the global commodity futures market. In addition, she is working on a project on the relationship between long-term landscape change—including landslides, annual monsoons, and deteriorating infrastructure—and the rise of subnationalist politics in Darjeeling.