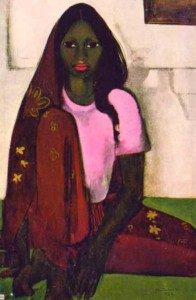 In 1891, Badal Aurat, a child wife convicted for bigamy, appealed her case at the Allahabad High Court. Married at the age of five, she claimed to have repudiated her child marriage at puberty as permitted by her personal law before acquiring a new husband. The court upheld her claim, and created a precedent subsequently cited to permit several Muslim women to leave their child marriages behind in the next decades. This talk situates these cases in the context of the well-known Child Marriage Restraint Act passed in 1929 to prohibit the marriage of girls below 14. This law faltered, in part because it proved difficult to find evidence of chronological age with the precision demanded in courts. The flexible understanding of childhood and adulthood in the sharia – which did not rely on age – held promise in this context. Instead of arguing for the sharia’s liberal potential, however, this talk uses Badal’s case to turn the gaze back on the liberal political principles and evidentiary standards upheld by child protection laws, to ask: How reliable were forensic proofs of age? What were the social and gender structures upheld by child protection laws? And finally, what are the promises and perils of the epistemic contract on age that undergirds legal subjectivity in modern law?

Ishita Pande is an Associate Professor of History and Gender Studies at Queen’s University (Canada) and the author of Medicine, Race and Liberalism in Colonial Bengal: Symptoms of Empire (2010). She is currently at work on Childhood, Law and India’s Coming of Age, in which she uses the lenses of the history of science and medicine, legal pluralism, childhood studies, and the history of sexuality, to theorize and historicize the figuration of the child in India at the turn of the twentieth century. Several of her articles on the topic have appeared in journals and edited volumes.