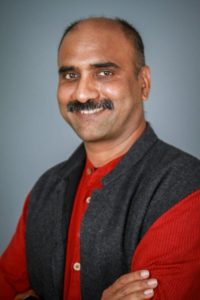 The paradox of the abolition of untouchability in 1950 leading to an escalation of caste violence and increasingly virulent forms of prejudice. And the failure to render justice in most cases despite special laws.

Manoj Mitta has published two critically-acclaimed books on sectarian strife in India, The Fiction of Fact-Finding: Modi and Godhra (2014), in which he questions the exoneration of Narendra Modi in the 2002 Gujarat riots, and When a Tree Shook Delhi: The 1984 Carnage and Its Aftermath, co-authored with H.S. Phoolka (2007). He is currently on a five-month fellowship with National Endowment for Democracy, Washington DC, to write a book on impunity for caste atrocities, which will complete a trilogy on mass violence. A New Delhi-based journalist focused on law, human rights, and public policy, Mitta has served as a senior editor at two of India’s leading newspapers, the Times of India and the Indian Express. He was also founding director of the Foundation for Media Professionals, which promotes media freedom and works to uphold standards of journalism in India. He is on the advisory board of Amnesty International India.