Blood Testing and Fear of the False in British India 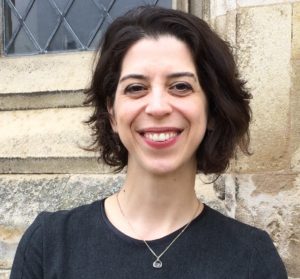 The detection of dissimulation was a special preoccupation for officials in British India’s criminal justice system. Reflecting cultural stereotypes about “native mendacity,” the Indian Penal Code and Code of Criminal Procedure included extensive provisions on perjury and forgery. This talk focuses on another area in which fear of the false took on a distinctly colonial form during the first half of the twentieth century: blood testing. Complementing Projit Mukharji’s characterization of the late nineteenth and early twentieth century as the age of “serotropicality” in the British Empire, Sharafi examines precipitin testing, a form of serum analysis that identified the species of origin of a bloodstain. In South Asia, precipitin testing received unusual endorsement through the creation of a Calcutta-based official known as the Imperial Serologist. Through an examination of this figure and his department, Sharafi suggests that precipitin testing took special hold in India because of the interaction between this forensic technique, punitive self-harm as a mode of private disputing, and fabricated evidence in murder cases in the form of planted animal blood at crime scenes.

Mitra Sharafi is a legal historian of South Asia. She holds law degrees from Cambridge and Oxford (the UK equivalent of a JD and LLM) and a doctorate in history from Princeton. Sharafi’s book, Law and Identity in Colonial South Asia: Parsi Legal Culture, 1772-1947(Cambridge University Press, 2014) won the Law and Society Association’s J. Willard Hurst Prize for socio-legal history in 2015. The book explores the legal culture of the Parsis or Zoroastrians of British India, an ethno-religious minority that was unusually invested in colonial law.

Currently, Sharafi is at work on her second book project, a study of medical jurisprudence in colonial India that focuses on the role of medico-legal experts like the Chemical Examiners and Imperial Serologist. She is also writing a survey of the field of South Asian legal history, a study of Indian and West African members of London’s Inns of Court during the nineteenth and twentieth centuries, and a medico-legal history of abortion during the Raj. Sharafi’s research has been recognized and supported by the Institute for Advanced Study, the Andrew W. Mellon Foundation, the National Science Foundation, the Social Science Research Council and others.