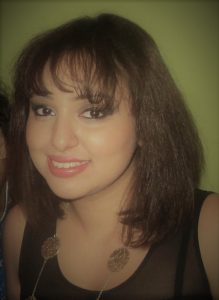 Cynthia Farid’s doctoral dissertation examines early twentieth-century South Asian legal history, specifically focusing on the judiciary and the role of legal elites in articulating ideas about constitutional reform. Through the institutional history of the judiciary, this project will trace the ways in which Indian legal elites profoundly shaped constitutionalism and tried to give social and cultural meaning to courts. Their semiotic efforts afforded enduring legitimacy to the judiciary as an organ of the state. Accordingly, this project investigates official discourse and debates on judicial independence in early twentieth-century India with a view to better understand the judiciary’s coming of age as a constitutional branch.

Cynthia Farid is currently a doctoral candidate and an Institute for Law and Society Graduate Fellow at the University of Wisconsin Law School. Her research interests include a range of topics including legal history, constitutional law and law and development. Prior to graduate school, Cynthia’s professional experience included legal practice as well as international development work comprising a range of human rights and rule of law programming with INGOs, think tanks, and legal rights organizations. Having completed her bar in the UK and Bangladesh, she graduated with an LL.M from Cornell University.