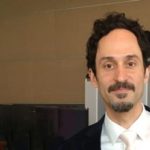 Anthony Cerulli is Associate Professor of South Asian Religions in the Department of Asian Languages and Cultures at the University of Wisconsin-Madison. His research and teaching focus on the history and ethnography of religion and medicine in India. Anthony has written numerous articles and book chapters, and is author of Somatic Lessons: Narrating Patienthood and Illness in Indian Medical Literature and coeditor of Medical Texts and Manuscripts in Indian Cultural History.

“Paintings of Eighty-four Āsanas from Rājasthān” by Gudrun Buhnemann

Gudrun Bühnemann is a Professor of Sanskrit and Indic Religions in the Department of Asian Languages and Cultures at the University of Wisconsin-Madison. She has published extensively on South Asian iconography and ritual. Her recent books include Śākyamuni’s Return Journey to Lumbinī (lumbinīyātrā): A Study of a Popular Theme in Newar Buddhist Art and Literature (Lumbini International Research Institute, 2015) and The Iconography of Hindu Tantric Deities (First Indian edition, revised, as a single volume, Aditya Prakashan, 2016). Her work on Yoga includes Eighty-four Āsanas in Yoga: A Survey of Traditions (with Illustrations) (D.K. Printworld, 2007; 2nd edition, 2011) and “The Śāradātilakatantra on Yoga: A New Edition and Translation of Chapter 25” (Bulletin of the School of Oriental and African Studies no. 74/2, 2011, pp. 205-235). More information can be found on her website: lca.wisc.edu/~gbuhnema/

“The Story of Hanuman in Modern Yoga Practice” 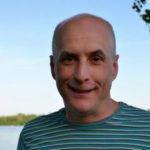 Chris Livanos is Associate Professor in the Department of Comparative Literature and Folklore Studies atthe University of Wisconsin-Madison. studies philosophy of the mind in the Greek and Indian traditions. He is working with the National Alliance on Mental Illness to develop projects to use yoga as a way to improve mental health and well-being. His work also includes articles on the practice of yoga for journals including Yoga International and his own blog, www.panthayoga.com/pantha-yoga-blog.