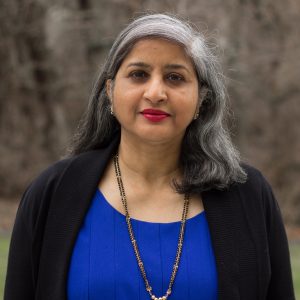 The secular commercial theatre that emerged in colonial cities such as Calcutta and Bombay in the later nineteenth century is said to inaugurate the “modern” period in Indian drama and theatre, but the constitutive features of this modernity have either been ignored or rejected on ideological grounds in theatre history and criticism. I argue that in India—a culture defined by multilingual literacy and a long history of indigenous performative genres—the modernizing effects of the colonial encounter have to be located in aesthetic, material, and institutional conditions of playwriting and performance that were historically unprecedented and culturally transformative. This nascent “anatomy of modernity” encapsulates patterns of cultural recursiveness (or the presence of the past), authorship as an institution of modern print culture, large-scale activities of translation and transculturation, an extended critique of commercialism in theatre, and the gradual decentralization of a post-independence canon by widening spheres of protest and resistance. My analysis thus brings the “new, really new” theoretical preoccupations, institutional structures, and artistic practices of the post-1850 period clearly into view, connecting theatre with socio-cultural and ideological formations across the colonial/postcolonial divide.

Aparna Dharwadker is Professor of English and Interdisciplinary Theatre Studies at the University of Wisconsin-Madison where she teaches a wide range of courses in modern and contemporary theatre, South Asian diasporic fiction and film, and world literature. Her book, Theatres of Independence: Drama, Theory, and Urban Performance in India Since 1947, received the Joe A. Callaway Prize in 2006 as the best book on drama or theatre published in 2004-05. Dharwadker’s essays and articles have appeared in numerous journals and collections, including PMLA, Modern Drama, Theatre Journal, New Theatre Quarterly, Journal of Dramatic Theory and Criticism, The Eighteenth Century: Theory and Interpretation, Theatre Research International, Representing the Past: Essays in Performance Historiography, and The Routledge Handbook of Asian Theatre. She has received fellowships from the NEH, the American Institute of Indian Studies, the International Research Centre (Freie Universistät, Berlin), the Folger Library, and the Newberry Library, among others. In Spring 2017 she was also a Resident Fellow at the Institute for Research in the Humanities, UW-Madison, to continue work on a monograph on modernist theatre in India, titled Cosmo-Modernism and the Other Theatre. Dharwadker’s collaborative translation of a modernist play by the Hindi playwright Mohan Rakesh, titled One Day in the Season of Rain, appeared in the Penguin Modern Classics series in 2015, and her edited collection, A Poetics of Modernity: Indian Theatre Theory, 1850 to the Present, is forthcoming from Oxford University Press in October 2018.