Sealing Technology and Practices in the Indus Civilization: Functioning and Significance of a Bronze Age Administrative System 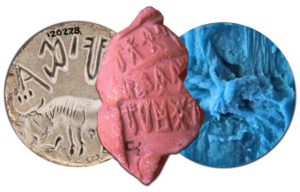 Dr. Dennys Frenez, Ph.D in Archaeology from the University of Bologna, presents an overview of the administrative sealing practices in the Indus Civilization and how they can be interpreted at the light of what is known about their use in the Near East.

In ancient societies, administration was the main instrument introduced to expand economic control beyond parental groups through the bureaucratic formalization of multi-tiered transversal alliances. In the Middle East, seals and their impressions on clay tags were used for the collective management of staple commodities already in the Neolithic. During the Bronze Age, they became instead the main instrument used by the new centralized hierarchical structures of power to profit from the control of labor and resources.

Administration played a fundamental role also in the process of cultural and socioeconomic integration at the base of the Indus Civilization, sustaining its extension over a vast and differentiated territory for almost one millennium. Moreover, it allowed Indus merchants and craftspeople to set a complex network of long-range exchanges to market their products in different regions of Middle Asia.