Combating “Filth”: The Temple, the State and Urbanisation in Late Nineteenth Century 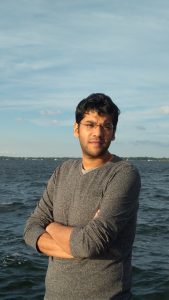 This article interrogates the urbanization of Puri at the wake of the cholera epidemic in the latter half the nineteenth century. The colonial state, at the wake of the epidemic took serious steps to reorder the urban landscape of Pilgrim town in general and Puri in particular. However, in Puri the narrative of infrastructural development gets slightly complicated with the presence of the Temple of Jagannath which acted as an alternative public body. Thus, the colonial state had to on every occasion negotiate with the temple in order to facilitate urban governance in Puri. As a result, I argue, that the urban landscape of Puri could only develop through an interaction and negotiation between the temple and the state.

Ujaan Ghosh is a PhD student in the Department of Art History. His research is focused on the Urbanisation of colonial and post-colonial Puri. He is also engaged in translation projects of pre-colonial Odia literature.