Secularization theory represents one of the most bitter, contentious, and long-running debates in social science. This thesis – broadly construed, the argument that modernization weakens religion – has led to claims, counterclaims, and counter-counterclaims that probably go back three centuries. However, one area of agreement among both proponents and opponents of the theory is that secularization is a process distinct to the Abrahamic religions. Theoretically, scholars have narrowly defined the terms ‘religion’ and ‘secularization’ in ways that effectively exclude traditions like the Asian religions of Hinduism, Buddhism, and Shinto. And empirically, scholars have been preoccupied with the same small coterie of western countries in their analyses while little attention has been paid to non-western cases. This project aims to reinvigorate the study of secularization by examining Hinduism in India, the world’s largest Asian tradition with over one billion followers. India should be considered a ‘crucial case’ for secularization theory as a deeply religious and fast-developing country. I develop an ethnographically-informed survey measure of Hindu religiosity and conduct an original survey of 900 Hindus in the north Indian state of Bihar, along with participant observation and follow-up interviews. I show that education and income do not correlate with secularism, but personal security is a consistent predictor of secular attitudes. 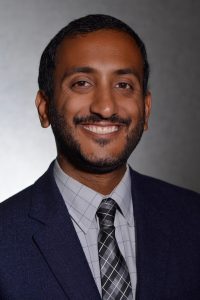 Ajay Verghese is an Assistant Professor of Political Science at the University of California, Riverside. He received his Ph.D. in 2013 from The George Washington University, and was a post-doctoral fellow from 2012-13 at the Asia-Pacific Research Center at Stanford University. His research interests include Indian politics, ethnicity, political violence, historical legacies, and religion. His first book, The Colonial Origins of Ethnic Violence in India, was published by Stanford University Press in 2016, and his articles have been published in Modern Asian Studies, Terrorism and Political Violence, Journal of Development Studies, and Politics & Society. He is currently writing his second book, which examines secularization in Hinduism, a project that has been funded by the Fulbright Program and the American Institute of Indian Studies. You can follow him on social media: @ajayverghese