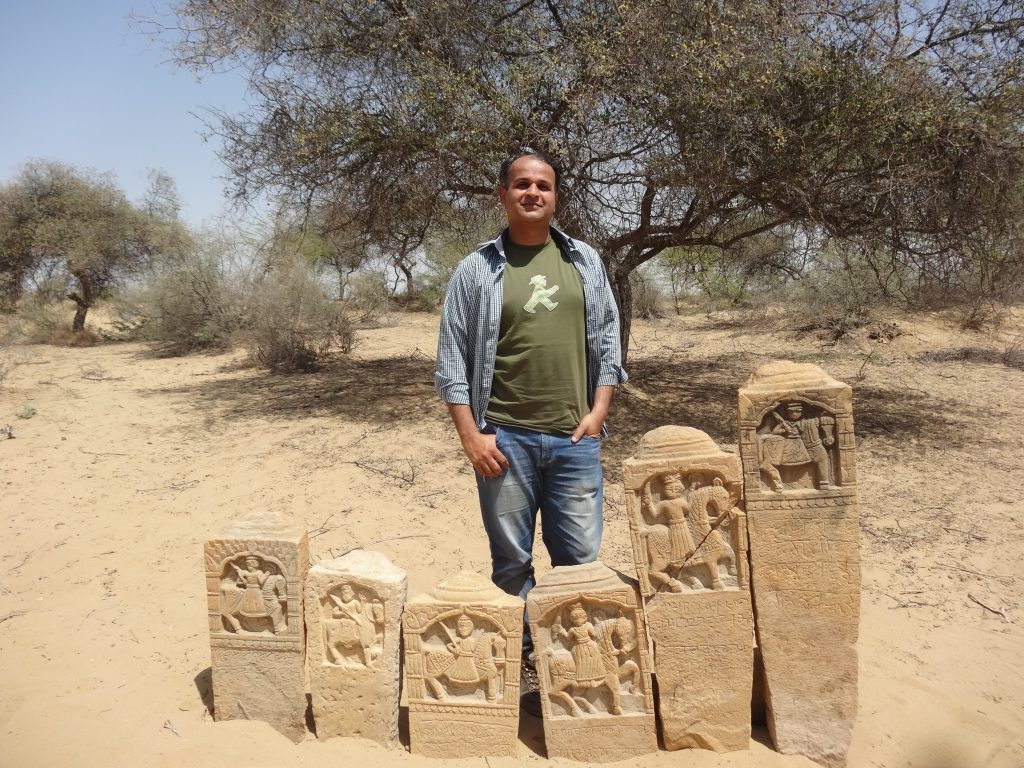 The practice of erecting memorial stones to commemorate the heroic death of a warrior was widespread in the early medieval period in Sindh. One cannot say with certainty when was the first memorial stone or pillar was erected. Based on dated memorial stones one can safely say that the memorial stones were in vogue in the 10th and 11th century-Sindh.  Memorial towers, pillars and stones are found in different parts of Sindh.  Memorial stones are erected for men who died as heroes in battle or met with an unnatural death. In close connection with them figure the innumerable sati monuments.

ZULFIQAR ALI KALHORO is an anthropologist and an assistant professor at the Department of Development Studies in the Pakistan Institute of Development Economics (PIDE), Islamabad. He completed his PhD in Asian Studies with focus on Kalhora history and architecture in Sindh from Quaid-i-Azam University, Islamabad. His main area of interest is religion and art of Pakistan especially in Sindh. He has also researched in the Punjab, Balochistan, and Gilgit-Baltistan provinces of Pakistan on religion, heritage, Sufism, folk art, asceticism and Islamic architecture.

Before joining the Pakistan Institute of Development Economics; he worked in the Taxila Institute of Asian civilizations under the guidance of late Ahmed Hasan Dani and studied culture and art of Gilgit-Baltistan. He has worked on the representation of women in folk romance paintings of Sindh. One of his books entitled Perspectives on the Art and Architecture of Sindh (2014) deals with lesser known heritage of Sindh. Apart from Islamic art and architecture, he has also written several articles on Sufism, Hindu and Sikh heritage of Pakistan. His three most recent books Memorial Stones Tharparkar (2017) and Archaeology, Art and Religion in Sindh (2018) and Symbols in Stone: Rock Art of Sindh deal with the cultural heritage of Sindh, Pakistan.

Currently he is working on two research projects 1) Women Islamic mysticism in Pakistan: Reflections on Female Sufi saints and their shrines and 2) Honor, identity and religion in Indus Kohistan, Pakistan.