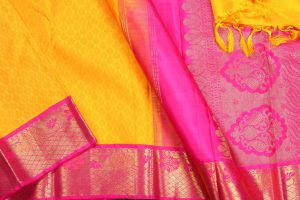 At the turn of the millennium, the global consensus on education was unequivocal: the formal classroom produced both appropriate childhoods as well as appropriate futures – the double-barreled logics of human rights and human capital.

In her talk, Miriam Thangaraj reexamines these logics as they unfolded in the historical weaving center of Kanchipuram in southern India. Drawing on over two years of fieldwork, she follows child apprentices as they were moved off the hand-looms and into classrooms by global “rescue and rehabilitation” projects – but also as they were further dislocated into precarious work: girls into Special Economic Zones where took up contract-work after dropping out with a school-certificate; and boys into the quasi-legal spaces of the local economy, where they “escaped” the classroom for freedom and cash. Foregrounding the voices of children and young people, and drawing on oral histories of Kanchipuram’s weavers, she not only offers a situated critique of the global cultural politics of childhood and the political economy of compulsory education, but also a vernacular understanding of children’s rights and development.

Miriam Thangaraj has a Ph.D. in Comparative and International Education from the Dept. of Educational Policy Studies at UW-Madison, where she currently lectures. Her work is informed by anthropology and childhood studies; and was supported by the Social Science Research Council, NY, and the National Academy of Education/Spencer Foundation.