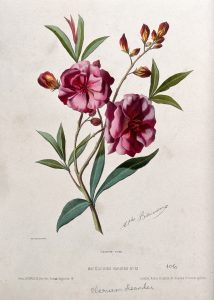 Anti-abortion law was generally enforced in colonial India only when women died as a result of illegal abortions. This approach was contrary to the Indian Penal Code of 1860 (IPC), which criminalized most abortions even when women survived. This talk explores possible explanations for the phenomenon of lax enforcement of anti-abortion law in South Asia, focusing on two key cases: the Whittaker-Templeton case from Hyderabad (1896-1902) in which a British woman died following an abortion; and the Parsi matrimonial case of T. v. T. from Bombay (1927), in which a Zoroastrian woman alleged that her pharmacist husband had forced her to terminate three pregnancies by ingesting drugs.

Mitra Sharafi is a legal historian of modern South Asia. She holds law degrees from Cambridge and Oxford (the UK equivalent of a JD and LLM) and a doctorate in history from Princeton. She has taught at the University of Wisconsin-Madison since 2007. Sharafi’s first book, Law and Identity in Colonial South Asia: Parsi Legal Culture, 1772-1947 (Cambridge University Press, 2014) explores the legal culture of the Parsis or Zoroastrians of British India, an ethno-religious minority community that was unusually invested in colonial law. The book was awarded the Law and Society Association’s J. Willard Hurst Prize for socio-legal history in 2015. Sharafi is now working on her second book project, “Fear of the False: Forensic Science in Colonial India.” This project examines colonial anxieties about dissimulation, truth, and justice that were reflected in the work of experts like the Chemical Examiners, Imperial Serologist, Government Examiner of Questioned Documents, and Chief Inspector of Explosives.

Sharafi’s research has been recognized and supported by the American Council of Learned Societies, Institute for Advanced Study, Andrew W. Mellon Foundation, National Endowment for the Humanities, National Science Foundation, and Social Science Research Council. She is an ACLS Frederick Burkhardt Residential Fellow ’18 (National Humanities Center, 2020-1), a Davis Center Fellow (Princeton History Dept., fall 2018), and an H. I. Romnes Faculty Fellow (UW-Madison, 2018-23). Her research interests include South Asian legal history; the history of the legal profession; colonialism; the history of contract law; law and society; law and religion; law and minorities; legal consciousness; legal pluralism; the history of law books; and the history of science and medicine.

At the UW Law School, Sharafi teaches Contracts I to first-year law students. She is also part of UW’s Legal Studies program, an interdisciplinary undergraduate major that combines law with the humanities and social sciences. Sharafi has taught four Legal Studies courses: Legal Pluralism, Lawyers & Judges in the British Empire, Law and Colonialism, and History of Forensic Science. She is affiliated with the UW History Department and Center for South Asia. She was conference chair of the 44th and 45th Annual Conference on South Asia (2015, 2016).

Mitra Sharafi is an active member of the American Society for Legal History (ASLH) and the Law and Society Association (LSA). Since 2005, she has run the LSA’s South Asia Collaborative Research Network (CRN 22). She has served on the ASLH’s Board of Directors (2012-15) and as program committee co-chair (2013-14). Sharafi is currently on the nominating committee (2017-20) and is chairing the Peter Gonville Stein Book Award for non-US legal history (2016-19). She is also faculty director of the J. Willard Hurst Summer Institute in Legal History (2017, 2019).

Mitra Sharafi is a regular contributor to the Legal History Blog. Since 2010, her South Asian Legal History Resources website has shared research guides and other tools for the historical study of law in South Asia. Follow her on Twitter @mjsharafi.