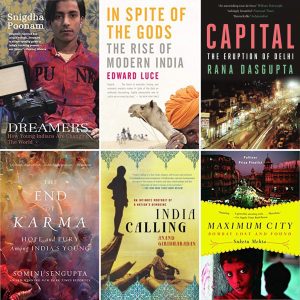 The last two decades have seen the publication of over two dozen works of Anglophone narrative nonfiction on the rise of a “New India” in the Asian Century. This “emergence genre” comprises texts both celebratory and critical, ranging from city-focused narratives like Suketu Mehta’s Maximum City (2004), to policy-oriented journalism like Edward Luce’s In Spite of the Gods (2007), to memoirs of repatriation like Anand Giridharadas’s India Calling (2011), to ethnographic portraits of young India like Snigdha Poonam’s Dreamers (2018). The genre is notable for its thematic engagement with India’s social and cultural transformations after its economic liberalization in the early 1990s. It is also distinguished by its utilization of a range of narrative and disciplinary conventions, including those of literary fiction, history, ethnography, journalism, memoir, travel writing, and oral history. What is the relationship between the generic hybridity of emergence nonfiction and its apprehension of India’s so-called rise? If the subject of the emergence genre is India’s insertion into the contemporary economic regime widely characterized as neoliberalism, does it follow that the Indian subjectivities depicted are themselves “neoliberal”? Drawing on recent efforts in literary studies to distinguish between texts that describe neoliberalism and those that are products of it, this paper asks what a historically-oriented genre criticism might contribute to the study of neoliberalism and its social formations. What do the internal chronotopes and rhetorical conventions of the emergence genre tell us about the specificity of neoliberalism in India? Is the New India “neoliberal” at all? 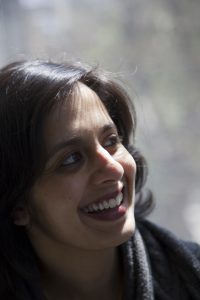 Ragini Tharoor Srinivasan (@raginits) is Assistant Professor of English and Social, Cultural, and Critical Theory at the University of Arizona. She works at the intersections of South Asian Anglophone and Asian/American literatures, and she is currently completing a manuscript on the diasporic registration of the New India discourse. Srinivasan is also an award-winning journalist and former magazine editor with bylines in over three dozen scholarly and public venues. Her most recent (2018-2019) work can be found in ARIEL, Interventions, Comparative Literature Studies, GLQ, Oxford Research Encyclopedia, The New Yorker, boundary2online, Popula, Zocalo Public Square, Politics/Letters, and Public Books. Before joining UA, Ragini taught at the University of Nevada, Reno, and the University of California, Berkeley, where she earned a PhD in Rhetoric in 2016.