Basic Income and the Future of Social Welfare in India 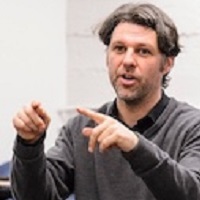 In recent years, universal basic income – the idea that all citizens should receive a regular, unconditional cash transfer from the state – has gained considerable traction in many parts of the world. There have even been controlled experiments to test the effects of such a scheme on populations in Finland, Namibia, and Canada. Now, India looks set to move to the forefront of this sea change in social policy. A handful of State–level basic income programs have already been implemented and, with a national election looming, the main parties are laying out their own visions for a federal initiative that would potentially cover hundreds of millions of Indians. This talk offers a preliminary analysis of the promise and perils that a universal basic income program might hold for India in terms of poverty, public spending “leakages”, and gender inequalities.

Stephen Young is Associate Professor of Geography and International Studies at UW-Madison.