The figure of daughter maintains a significant presence in the Asian American literary imaginary as a subjectivity that stands at identitarian, generational, historical, and mnemonic crossroads. Through a reading of V.V. Ganeshananthan’s 2008 novel Love Marriage and Jhumpa Lahiri’s 1999 short story “When Mr. Pirzada Came to Dine,” this presentation examines the making and unmaking of the South Asian American daughter as she makes concerted efforts to fathom her own subjectivity torn between multiple temporal, historical, spatial, and generational memories. Using Marianne Hirsch’s theorization of “postmemory” and Sigmund Freud’s “uncanny” as frameworks, I investigate the daughter’s use of “imaginative investment, projection, and creation” in mediating ancestral “uncanny” memories she has “inherited” from her parents’ narratives of the postcolonial homelands engulfed in genocide. Ganeshananthan’s second-generation Asian American daughter claims a historical presence in her ancestral homeland of Sri Lanka through imaginative creations of memory while Lahiri’s narrator wrestles with second-hand memories of the Bangladesh Liberation War that are inexplicably alien yet uncannily familiar to her. The immigrant generation’s unprocessed grief can make visitations to the second generation as a return of the repressed trauma. A productive yoking of Freud and Hirsch’s work thus points to new orientations in South Asian American literature. 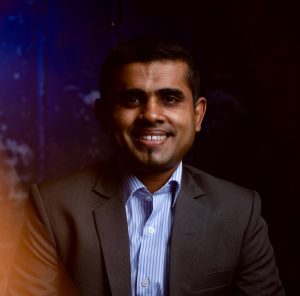 Dinidu Karunanayake is a visiting assistant professor of English at Centre College, KY. His research concentrates on twentieth- and twenty-first-century Anglophone postcolonial literature, Asian American literature, human rights, memory and diaspora studies. He holds an M.A. and Ph.D. in English from Miami University, and a B.A. in English from University of Colombo, Sri Lanka. His work has appeared in South Asian Review, ICES Research Papers, The Subjects of Human Rights: Critical Asian and Asian American Studies, and The Oxford Encyclopedia of Asian American Literature and Culture.