New Perspectives on the study of the Indus Script: Origins, Character, Linkages and Decline 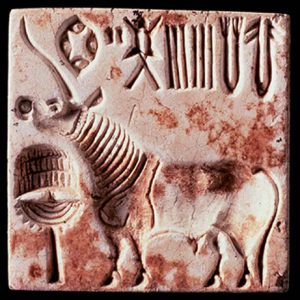 This talk will cover the most recent discoveries relating to the Indus script, which was developed in the Indus Civilization of what is now Pakistan and Western India. This script is still undeciphered, but new approaches to the study of the contexts and ways in which the writing is used have provided important new insights into the potential meaning of some signs and also how the script functioned in the cities of the Indus River Valley and adjacent regions. A brief discussion of the origins and chronology of this writing system will be followed by an overview of the major types of writing, on pottery, seals and other artifacts. The Indus script was also used in areas outside the Indus, in Arabia, the Gulf, Mesopotamia, Iran and Central Asia. The disappearance of the writing system will also be addressed and its possible legacy in later cultures of peninsular India will be discussed. The prospects for decipherment will be presented along with directions for future research.

Dr. Kenoyer has been excavating and carrying out research on the Indus Civilization since 1975 and has excavated at the site of Harappa, Pakistan since 1986. He has also worked at sites and ethnoarchaeological projects in India and more recently in China and Oman. He has a special interest in ancient technologies and crafts, socio-economic and political organization as well as religion. These interests have led him to study a broad range of cultural periods in South Asia as well as other regions of the world. As part of his research on ancient bead technologies, he has undertaken studies of collections throughout the world, with a special focus on West Asia, China, Taiwan, Japan, Korea and Southeast Asia. He was elected to the American Academy of Arts and Sciences in 2011. His publications include monographs on the Indus civilization as well as numerous articles, a grade school book on ancient South Asia and even a coloring book on the Indus cities for children. His work is featured on the website www.harappa.com and www.imagesofasia.com

He was Guest Curator with the Asia Society for the exhibition on the Ancient Cities of the Indus Valley Civilization, which toured the U.S. in 1998–99. He was a special consultant for the Art of the First Cities: The Third Millennium B.C. from the Mediterranean to the Indus exhibition at the Metropolitan Museum of Art, New York in 2002.