“The true believers do not die; nay they but move from one abode to another.” There are numerous instances of this Arabic hadith, attributed to the prophet Muhammad, in South Asian funerary inscriptions. Muslim communities in South Asia have long shown a preference for Arabic, Persian, and, more recently, English over spoken languages—the so-called “vernaculars.” In their liturgical, literary, and documentary functions, the languages of literacy convey a stability in their visual appearance that contrasts with the idiosyncrasies of improvised efforts to set spoken languages in writing. But vernacular inscriptions have the potential to convey information about communities of believers that are otherwise obscure in Arabic, Persian, and English. After providing an overview of broader patterns of language use in Islamic inscriptions in South Asia, I will examine several instances of multilingual epigraphy and “public writing” in South Asia. I demonstrate how traces of earlier communities who worshipped and lived in these spaces can be read in the writing appearing on these structures. 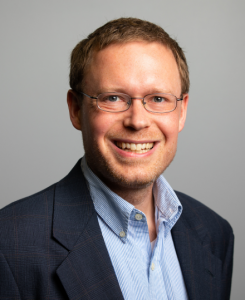 Walter N. Hakala is Associate Professor in the Department of English and Asian Studies Program at the University at Buffalo, SUNY. He is the author of Negotiating Languages: Urdu, Hindi, and the Definition of South Asia (Columbia University Press, 2016; Primus, 2017) and has published articles on coffee in 18th-century Delhi, language in Afghanistan, and South Asian lexicography. His current project is a survey of Urdu epigraphy. (@WNHakala)