High Stakes on the Indo-Chinese Border: Implications for the region, the United States, and the world

Please join us for a panel discussion, moderated by UW-Madison History Professor Judd Kinzley. Our panel of expert scholars will each offer an informal 15-20 presentation, followed by Q&A. Access the Zoom Webinar here. 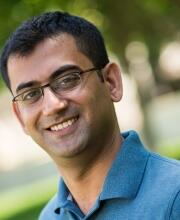 Trained at Haverford College and at Tsinghua and Columbia universities, Arunabh Ghosh joined the History Department in 2015 from the Harvard Academy for International and Area Studies, where he was an Academy Scholar for the 2014-15. He is a historian of modern China, with research and teaching interests in social and economic history, history of science and statecraft, transnational history, and China-India history. Ghosh’s first book, Making it Count: Statistics and Statecraft in the early People’s Republic of China (Princeton University Press, 2020), investigates how the early PRC state built statistical capacity to know the nation through numbers. He has conducted research for the book in Beijing, Guangzhou, New Delhi, and Kolkata, and his work has been supported by grants and fellowships from the Andrew F. Mellon Foundation, the American Council of Learned Societies, the Social Science Research Council, and Columbia University. His work has appeared in the Journal of Asian Studies, Osiris, BJHS Themes, EASTS, and the PRC History Review. Other research projects include a history of dam and reservoir construction in twentieth century China and a history of China-Indian networks of Science, ca. 1920-1980. 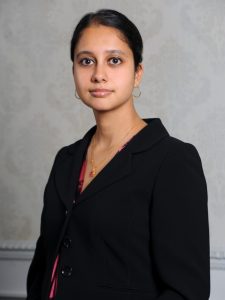 Manjari Chatterjee Miller is Associate Professor of International Relations (with tenure) at the Frederick S. Pardee School of Global Studies at Boston University, and a Research Associate at the Oxford School of Global and Area Studies, University of Oxford. She works on foreign policy and security issues with a focus on South and East Asia.  Her book, Wronged by Empire: Post-Imperial Ideology and Foreign Policy in India and China (Stanford University Press) argues that the bitter history of colonialism affects the foreign policy behavior of India and China even today. She is also the author of Why Nations Rise: Narratives and the Path to Great Power (Oxford University Press, forthcoming) and the  co-editor of a Handbook on China-India Relations (Routledge).

She has been a non-resident fellow at the Atlantic Council, a fellow at the Belfer Center of Science and International Affairs, Harvard University, visiting associate professor at  the Lee Kuan Yew School of Public Policy (National University of Singapore), and a visiting scholar at the Chinese Academy of Social Sciences, Beijing, and the Crawford School of Public Policy, Australian National University, Canberra. Her work has been supported by grants from the Smith Richardson Foundation, the Stanton Foundation, the East-West Center, the Weatherhead Center for International Affairs, the South Asia Initiative, the Fairbank Center, the Singapore Ministry of Education, and the US Department of Education. Before joining Boston University, Miller completed her PhD at Harvard University, and a post-doctoral fellowship at Princeton University. 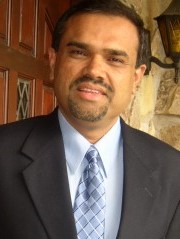 T.V. Paul is James McGill Professor of International Relations in the department of Political Science at McGill University. Paul specializes and teaches courses in international relations, especially international security, regional security and South Asia. He is the author or editor of 20 books and nearly 75 journal articles or book chapters. In September 2018, Paul became a Fellow (Elected) of the Royal Society of Canada. He has been a visiting professor or scholar at the Naval Postgraduate School, Monterey, California, APEC Study Center, University of California, Berkeley, East-West Center, Honolulu, Center for International Affairs (CFIA) and the Olin Institute for Strategic Studies, Harvard University, and James Martin Center for Nonproliferation Studies, Monterey. He was the founding Director of the McGill-University of Montreal Center for International Peace and Security Studies (CIPSS), which originated from the Research Group in International Security (REGIS) which he co-directed for over a decade.  Between 2009 and 2011 he served as the Chair of the International Security Studies Section (ISSS) of the International Studies Association (ISA) and during 2013-14  as ISA’s Vice-President. Currently, he serves as the editor of Georgetown University Press’ South Asia in World Affairs book series and on the editorial boards of many scholarly journals. He has travelled widely and given scores of seminars at leading academic institutions worldwide.

Paul has made a number of contributions to the study of international relations, especially broader international security and South Asia. He is especially known for rigorous puzzle-driven scholarship utilizing case studies as opposed to paradigms. He has been a proponent of eclectic modeling which he uses in several of his works. He is also a conceptual innovator and has made contributions to topics such as asymmetric conflicts, soft balancing, tradition of nuclear non-use, and status accommodation of rising powers. For a complete list of his publications and to watch select lectures, please visit his website. 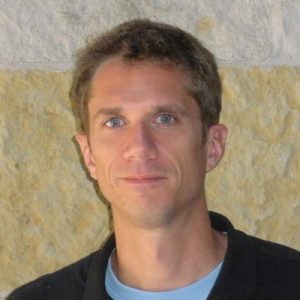 I am a historian of modern China. But I am particularly interested in the ways that natural resources define and often limit state power in Chinese border regions. My book, Natural Resources and the New Frontier: Constructing Modern China’s Borderlands, which will be published by the University of Chicago Press in spring 2018, offers a new material-centered perspective on the development of institutions of state power and authority in China’s far western province of Xinjiang. I focus in this book on the efforts of a motley assortment of state and non-state, Chinese and non-Chinese actors to find, exploit, process, and transport various natural resources in 20th century Xinjiang, including gold, petroleum, wool, and rare minerals, among others. In the end, my work offers a unique perspective on the development of Xinjiang’s connections to the modern Chinese state, the roots of ethnic tensions and unrest in the region, and provides a framework for thinking about the integration border regions more generally.

Building on my interests in natural resources and the material world along China’s borders, I have begun research on my second project, which focuses on the Trans-Pacific material exchange of American industrial goods and Lend-Lease equipment for Chinese raw materials during the 1940s. My work reveals the power of these weapons, industrial goods, and raw materials that were traveling between the United States and China during the wartime and civil war periods. My early research finds that the movement of these goods shaped a number of institutions and infrastructures central to modern China, and helped create networks of exchange that continue to serve as the economic and institutional foundations of Cold War East Asia. I have published articles on gold mining, roads, and geological surveys and, broadly speaking have research and teaching interests that center around environmental history, borderlands, material centered histories, and political economy. I am currently accepting graduate applications for students of Chinese history with interests in any of these areas.