Lord Curzon, heritage preservation, and the making of the Victoria Memorial 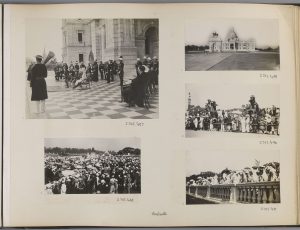 In 1901, shortly after Queen Victoria died, George Curzon, viceroy of India announced that building a memorial hall and museum to honor the queen would “teach more history and better history than a study-full of books.” This talk follows how the Victoria Memorial became Curzon’s pet project, merging with his investments in heritage preservation. For Curzon, the ability of the colonial state to preserve ancient monuments for the sake of India’s heritage reaffirmed the government’s authority over public spaces, while statues to monarchs and colonial officials disseminated a history that proclaimed the virtues of empire. In the postcolony, colonial monuments are presumed a stable representation of the past; however, as I argue in this talk, the installation of colonial monuments such as the Victoria memorial often occurred in the context of anticolonial protests. 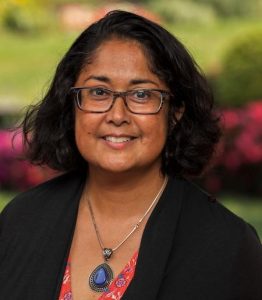 Dr. Durba Ghosh is a professor at the Department of History at Cornell University. Her teaching and research focus on the history of British colonialism in the Indian subcontinent. She is the author of two books, Sex and the Family in Colonial India, and Gentlemanly Terrorists, as well as numerous journal articles and book chapters. Her work particularly focuses on the relationship between colonial agents, officials, and elites and those who were colonized. Dr. Ghosh’s next project focuses on commemorations of freedom fighters, and the ways in which public monuments and statues to mark India’s independence struggle have become a part of India’s political landscape.