Kerala, a small state in the south-western extremity of the Indian peninsula, has been almost invariably associated with leftist-communist political ideologies; women there have been mostly visible in the discourse of development. Consequently, a powerful stream of right-wing politics in which women’s participation was quite considerable remained more or less invisible in historical and social science research on the region. This gap came to the fore in the background of recent right-wing cultural-political assertions around the ultra-nationalist majoritarian Hindutva project in the state, especially the mass agitation around the Indian Supreme Court’s opening up of a major annual pilgrimage to the Sabarimala temple to women — previously, women of menstruating ages were prohibited from undertaking it. The mobilization of Hindu elite women was a key element in this agitation, which greatly increased its depth and reach, beyond national borders. In this talk, I reflect on this new vocal group, which formed an online community called ‘Ready to Wait’ — on their understanding of agency and their uneasy relationship with feminism. I also  offer a revision of the history of twentieth century Kerala to make sense of women’s emergence as agents of majoritarian right-wing politics. 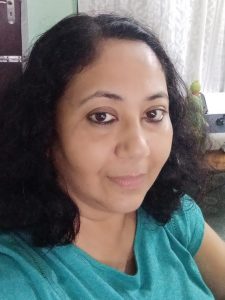 Dr. J. Devika is a professor at the Center for Development Studies in India. She specializes in the history of and present developments in gender, politics, development and culture of Kerala. Her areas of interest include the history of migration and cosmopolitanism in Kerala, local self-government in Kerala, translation and translation studies, Malayalam literature and contemporary politics. She is the author of multiple books in English and Malayalam, as well as numerous academic articles and book chapters. Check out her website which serves as a living memorial to Kerala’s first generation of feminists and features English translations of their writings and speeches.