A BIPOC and Allies Sitting Group at a meditation center in Los Angeles, CA. Photo courtesy of USC Center for Religion and Civic Culture

North American Insight Meditation institutions, rooted in the Vipassana tradition of Theravada Buddhism, are often seen as liberal, inclusive multicultural spaces committed to welcoming diverse constituencies into their communities. This talk draws on interviews with practitioners of color and their efforts in confronting issues or race, racism and whiteness within Insight communities. Feminist scholar Sara Ahmed argues that scholars can learn about how institutions are assembled by those who labor to change them. In this light, this talk aims to show how the diversity work of practitioners of color brings to surface the dynamics of institutional whiteness in Northern American Insight institutions. 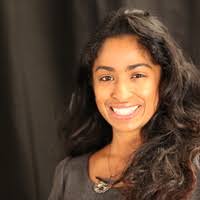 Nalika Gajaweera is a research anthropologist at the Center for Religion and Civic Culture at the University of Southern California. Her specializations are in the anthropology of religion, with a specific interest in the intersections of Buddhism, race, ethno-nationalism and gender. She has studied these issues most in-depth in the context of Sri Lanka and the United States. Her current project, funded by the Kataly Foundation, focuses on documenting the struggles, experiences and practices of ethnic and racial minority leadership within North American meditation-based insight institutions, and their efforts to confront issues of race, racism and whiteness within these institutions.