Caste as Poverty: Racialization and Capitalism in South Asia’s Long Past

This paper revisits and rethinks caste as capital and caste as labor. By exploring a long history of the power of caste and capital in organizing social life, we learn that caste is not a primordial phenomena that resurges in the modern era, but rather is emergent in historic struggles between capital and labor, either to organize capital or disorganize labor. Specific histories of caste are rooted in regional histories of the subcontinent, and while caste and casteism are very old, we have yet to produce long histories of caste power that show its relation to landlordism, property, and capitalist power in the long run. 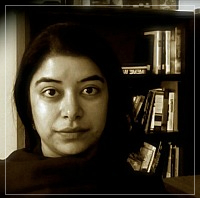 Sheetal Chhabria (Ph.D. Columbia University) is a historian of South Asia whose research and teaching focus on the production of poverty and inequality. Her first book, Making the Modern Slum: the Power of Capital in Colonial Bombay (University of Washington, 2019), won the American Historical Association’s 2020 John F. Richards Prize for South Asian History. The book shows how the wellbeing of the city–rather than of its people–became an increasingly urgent goal of government, positioning agrarian distress, famished migrants, and the laboring poor as threats to be contained or excluded. Other publications have analyzed the politics of colonial knowledge and the production of the economy as social scientific fact. Her current research is focused on the imbrications of caste and capital in the subcontinent’s long history and the failures of decolonization.