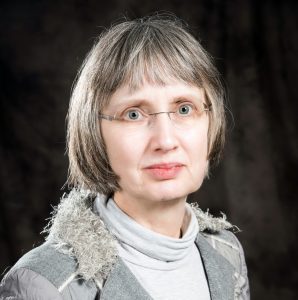 Gudrun Bühnemann is a Professor in the Department of Asian Languages and Cultures at the University of Wisconsin-Madison. After receiving her Ph.D. in Buddhist Studies and Indology from the University of Vienna she spent extended periods of time as a post-doctoral researcher at Pune University in India and at Nagoya University and Kyoto University in Japan. Her research has been supported by fellowships from the National Endowment for the Humanities, the American Council of Learned Societies, the American Academy of Religion, the Japan Society for the Promotion of Science and the German Research Council, among other organizations. She has published extensively on South Asian iconography and ritual. Her recent books include The Life of the Buddha: Buddhist and Śaiva Iconography and Visual Narratives in Artists’ Sketchbooks from Nepal (Lumbini International Research Institute, 2012), Śākyamuni’s Return Journey to Lumbinī (lumbinīyātrā): A Study of a Popular Theme in Newar Buddhist Art and Literature (Lumbini International Research Institute, 2015) and The Iconography of Hindu Tantric Deities (First Indian edition, revised, as a single volume, Aditya Prakashan, 2016).