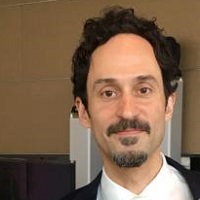 Anthony’s primary field of research is the critical study of medicine, religion, and the body.  He teaches undergraduate and graduate courses on the history of religions in South Asia, the history of medicine in India, and the practice and production of ethnography in Asia.  In past and current projects, Anthony’s work explores how and why people “do things with texts” to heal and sustain wellbeing.  His first book, Somatic Lessons (State University of New York Press, 2012), examines the forms and functions of storytelling to express illness and patienthood in premodern Sanskrit literature.  His second book, The Practice of Texts (University of California Press, forthcoming), looks at philology and the application of textual knowledge at sites of ritual healing and institutions of medical education in contemporary India.

Anthony’s research also contributes to the medical and health humanities, where he has written about the relationship between religion, science, and authority in the literature of Nathaniel Hawthorne.  In an ongoing photography project, Manuscriptistan, he investigates links between art-making and ethnography and the aesthetics of the archive.

Anthony was Directeur d’études invité at the École des hautes études en sciences sociales, Paris (2012); he is the managing editor of India Review; and he is an associate editor of Asian Medicine.  His research has been supported by fellowships and grants from the Kluge Center (2021-22), Library of Congress Asian Division (2017), John Simon Guggenheim Memorial Foundation (2015), National Endowment for the Humanities (2012-13), Institut d’études avancées de Paris (2012-13), European Institutes for Advanced Studies (2012-13), American Council of Learned Societies (2011), and Fulbright-Hays (2004-05).