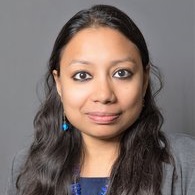 Devaleena Das is an intersectional feminist and is a Lecturer in Women’s and Gender Studies Department at Northern Arizona University. Das specializes in transnational and intersectional feminism, corporeal feminism with additional expertise in postcolonialism, Nineteenth and Twentieth Century Women’s Writings and Australian literature and culture. While serving as Assistant Professor of English and Gender Studies at Jesus and Mary College, University of Delhi (2012-2014), Das published Critical Study of Nathaniel Hawthorne’s The Scarlet Letter (Atlantic Press) and an edited anthology Critical Essays on Alice Walker’s The Color Purple (Pencraft International Publisher). She then joined the Institute for Research in the Humanities at the University of Wisconsin-Madison (2014-17), where she produced postdoctoral research on corporeality, desire and sexuality in nineteenth and twentieth century women’s writing, art and choreography. The two co-edited volumes published during this time are Claiming Space for Australian Women’s Writing (Palgrave Macmillan) and Unveiling Desire: Fallen Women in Literature, Culture, and Films of the East (Rutgers University Press). In addition to teaching and scholarship, Das works closely with the 4W (women, Wisconsin, world and well-being) Summit, organized by the Women’s and Gender Studies Consortium at University of Wisconsin-Madison. She serves on their annual Conference Program Review Committee and is one of the leaders in the 4W Initiative’s Leadership Circle working on homeless women’s health.