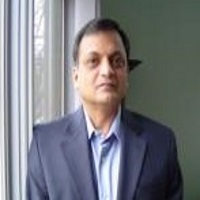 Vinay Dharwadker is Professor of English, World Literature, and South Asian Studies at the University of Wisconsin–Madison, where he is also a member of the Affiliate Faculty for the Center for South Asia and the Center for Visual Cultures. He is the South Asia editor of the third edition of the six-volume Norton Anthology of World Literature (2012) as well as the fourth edition (forthcoming in 2018). In 2007, his Kabir: The Weaver’s Songs (Penguin Classics, 2003, 2005) won India’s multi-year national translation prize; and his contributions to The Greenwood Encyclopedia of World Popular (2007) received the Ray and Pat Browne Award for best reference work from the American Culture Association and the Popular Culture Association. His theoretical, historical, and interpretive essays have appeared in journals such as PMLA, Comparative Literature Studies, and Critical Inquiry. His work over the past thirty years include various aspects of modernism, cosmopolitanism, diaspora, globalization, colonialism and postcolonialism, Indian poetics, Indian-English literature, world literature, and translation studies has also appeared in various edited collections, including, recently, The Modernist World (Routledge, 2015), A History of the Indian Novel in English (Cambridge UP, 2015), The Routledge Companion to World Literature (2012), and The Ashgate Research Companion to Cosmopolitanism (2011). He translates from Hindi, Marathi, Punjabi, Urdu, and Sanskrit, and has over 450 translations of poems in print in books, anthologies, and periodicals published in North America, Europe, and Asia. His most recent works are: a translation of Mohan Rakesh’s paradigmatic postcolonial Hindi play, One Day in the Season of Rain, in collaboration with Aparna Dharwadker (Penguin Modern Classics, 2015); and a poetic translation of Kalidasa’s classical Sanskrit-Prakrit play, The Recognition of Shakuntala (Penguin Classics, July 2016). He will serve as the Contributing Editor for two volumes on Anglophone poetry other than British and American in the new fourteen-volume Oxford History of Poetry in English, forthcoming in the next decade.