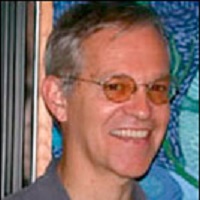 Henry J. Drewal is an art historian specializing in the arts of the Yoruba-speaking peoples of West Africa and the African Diaspora. Since 2001, he has been researching (funded with a Senior Fellowship from the American Institute of Indian Studies) the arts, identities, cultures, and histories of African descendants in India, helping to establish the Siddi Women’s Quilting Cooperative and organizing several exhibitions and sales of their quilts. His six years of research and study in Africa included apprenticeships with Yoruba sculptors. He is the author of Beads, Body, and Soul: Art and Light in the Yoruba Universe (1998); Yoruba: Nine Centuries of African Art and Thought (1989); Gelede: Art and Female Power Among the Yoruba (1983, 2nd Edition, 1990); exhibition catalogues: Introspectives: Contemporary Art By Americans and Brazilians of African Descent (1989); Shapes of the Mind (1988); African Artistry: Technique and Aesthetics in Yoruba Sculpture (1980); and numerous articles in African Arts and other journals.