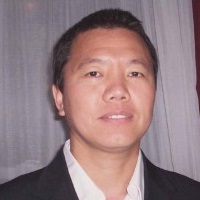 Jampa Khedup is a senior lecturer at the UW-Madison and teaching Modern Tibetan since September 2005 at the Department of Languages and Cultures of Asia.

Jampa was born in Mysore, South India after his parents fled Tibet in 1959. He was raised as a Buddhist and a the age of 8 he joined St John’s High School in Bangalore City for two years. At the age of 10 he joined Sera Monastic University and studied Buddhist philosophy, meditation, chanting, rituals, reading and writing in Tibetan language as well as Tibetan grammar under the guidance of his teacher, the late Geshe Thabkey.He graduated from Sera Monastic University and obtained his Geshe degree in 1997 (PhD in Buddhist Philosophy).