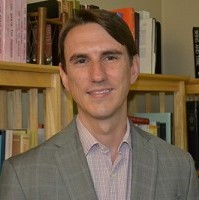 I teach World of Ideas and courses on Asian religions in the Department of Philosophy and Religious Studies. In my research, I’m interested in exploring the boundary and interactions between Buddhism and Brahmanism/Hinduism. I explore this boundary in two contexts: ancient India (late first millennium BCE) and Thailand (historically and in the present). In ancient India, I’m interested in better understanding the way in which Buddhist and Brahmanical (as well as Jain) identities arose and interacted with one another. In Thailand, I’m interested in the role that superficially “Hindu” elements play in the overwhelmingly Theravada Buddhist religious context. My first book, The Snake and the Mongoose, was published by Oxford University Press in 2019. I’m currently working on a second book, tentatively called Holy Things, about the propitiation of gods, spirits, and Buddha images for boons in Thailand.